How To Actually Work With An Interpreter

Language interpreters offer a valuable service, and that's putting it lightly. Without an interpreter, people would not be able to conduct many interviews or get help in areas where they did not speak the language. Working with an interpreter for the first time takes some getting used to, but it will become easier as the session goes on.

Look at the Person You're Supposed to Be Talking to, Not the Interpreter

Be Clear About Which Dialect You Need

Like English, other languages have regional and national dialects. These can sometimes be so distinct as to create issues with accurate interpretation. The interpreter may be translating accurately according to the dialect they know, but it may not match up with what the subject is really saying if the interpreter doesn't know the specific dialect. If you need a Chinese interpreter, for example, specify if you need Taiwanese, Mainland, or Singaporean Mandarin — or if you need a much different dialect, such as Cantonese (which, while often called a dialect, isn't mutually intelligible with Mandarin). If you need a Portuguese interpreter, specify European or Brazilian Portuguese, and so on. It also helps to specify the type of language needed, such as legal or medical.

Plan for Breaks (Do Not Skip These!)

Interpreting takes a lot of concentration and energy, and your interpreter is going to need breaks. If the conversation you need to be interpreted is going to go on for a long time, you may want to hire multiple interpreters who can work in shifts. Otherwise, have clear break times scheduled, and find out from the interpreter or the agency you contracted with how long those breaks need to be and how often they should occur. If you don't let the interpreter take breaks, they'll have a more difficult time interpreting accurately as the day goes on. They'll get very tired, and their concentration may start to wane — not because they lack skill, but because you're putting them through too much. Do not skip breaks for the interpreter.

Working with an interpreter for the first time can be odd, but you'll quickly get the hang of it. If you have questions, ask the interpreter or agency before the session so the interpretation goes as smoothly as possible.

For more information on language interpretation services, contact a professional near you. 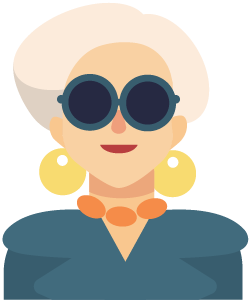 Language changes as you move from place to place. Culture also changes as you move from place to place. We often tend to think of language and culture as being two different things, when in fact, the two are tied together quite closely. How you greet someone — the language you use to do so — varies by culture. In the United States, people often say "hi, how are you?" Asking the same in Spain or France would see a little strange. We are really interested in the ways that language and culture are connected, and we assume we are not the only ones. So, we spend plenty of time writing this blog for others who share our passions.

Read in about 3 Minutes